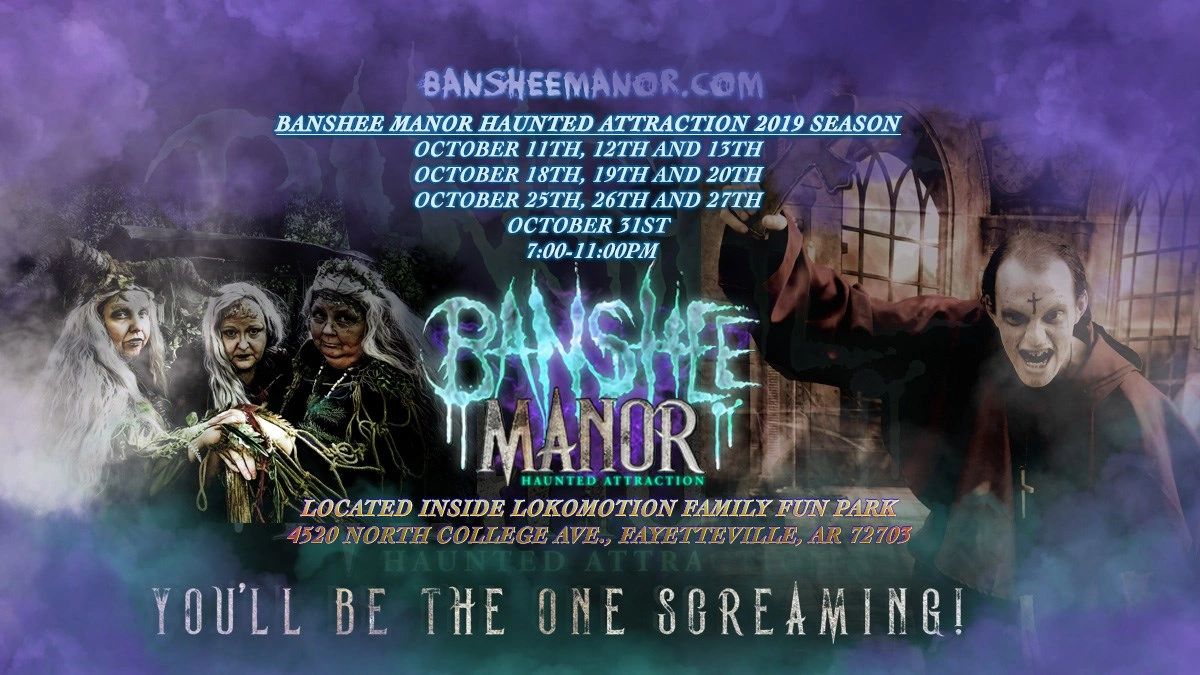 No children under 6 allowed

Children 6-13 must be with an adult

Play lasertag inside the haunted castle with your friends. But watch out! Your friends won't be the only ones after you.

Fun for all ages!

In the mood for a ghost story. Find out how Annie and her family handle buying an old manor "rumored" to be haunted.

The Legend of Banshee Manor

The McCraulic Clan is notorious for being ruthless, barbaric and pure evil. Rarely would anyone enter the manor’s walls without being brutalized, tortured or murdered, often for sport more than for punishment of perceived crimes.  The Banshee’s constant screams and cries often shattered the silence of the night foretelling of yet another death and as she mournfully shepherded the poor soul to the other side. The Banshee grew weary of the McCraulics’ and their evil ways and all the death. Oh, so much death.  The Banshee decided to punish the McCraulic’s and tortured them with her constant keening, driving them mad. And as her final punishment, she no longer led their souls to their final resting place, instead, imprisoning them with their victims inside.

Can you survive Banshee Manor, the only Haunted House in Fayetteville, Arkansas?

See some of what lurks inside the manor walls.